The first part of the Rotary year 2019-2020 of our club was shaped by our two very successful main projects, namely the sponsored benefit run with the Willi Brand School (WBS) and our second charitable concert.

In the second part of the Rotarian year, the corona crisis meant that we could not meet in person for almost four months. However, our club made the transition to electronic club meetings in such a way that we were even more numerous than usual and were able to regularly involve our members abroad regularly. Unfortunately our club journey as well as some planned projects, especially in the German-Polish gardens had to be cancelled.

In July / August, as in previous years, despite the summer break, we always met informally at the “Elefant” – usually with a pleasantly large number of participants.

But once there was only one person ….! 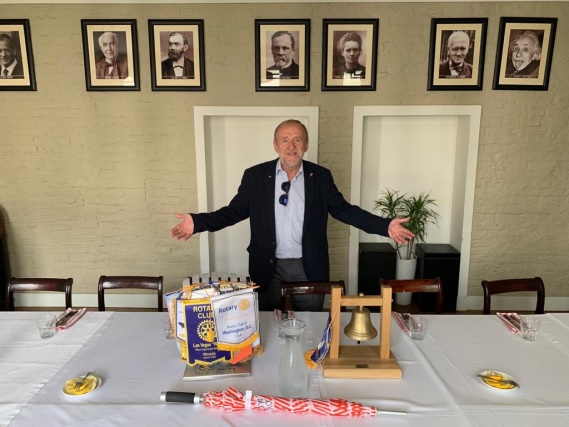 At our weekly lunch-meetings starting in September, we were able to regularly welcome interesting speakers with their presentations. We were able to do this electronically during the time of the corona-related restrictions.

The club management was carried out by the following board members:

Even before the start of the term of office, the RI Convention in Hamburg (June 1st – 5th, 2019) was a very special event “on our doorstep”, in which our honorary member Andrzej Ludek and the two future presidents Joachim Franke and Alexander Heinelt took part.

On Sept. 19, 2019: Together with the students of the WBS we carried out a sponsors run for the fight against polio for the second time – a successful main program of RI and the Bill Gates Foundation, which each doubled our donations. Thanks to this Rotarian initiative the disease has been eradicated almost all over the world (except Afghanistan and Pakistan). The sponsorship run raised almost PLN 20,000 in donations, of which our club was able to transfer PLN 12,000 to the RI Foundation !

This was the highest contribution this year in the district, for which we were also recognized. Here Past President Dariusz Bujniewicz and Past Governor Lukas Grochowski.

We had our first meeting in the form of fireside chats on December 4th. made by Frederic and Joachim. They are a beautiful meetingformat, tried and tested by Rotarians, where you can meet in a small group in the evening, preferably in private accommodation, to get to know each other better and / or to discuss certain topics.

The COVID 19 requirements unfortunately prevented a repeat in the second half of the year.

At the beginning of December, together with ROTARACT Warszawa CHOPIN, we distributed gifts to surviving veterans of the Warsaw Uprising.
Here together with their President Pawel Sliwka. 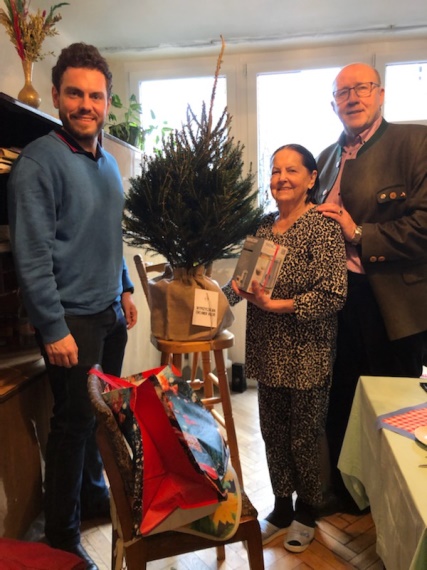 As an alternative to our previous Christmas parties, we held a New Year’s reception for the first time on January 18th, 2020 in our club restaurant “Der Elefant”. We had many guests, of which four have now become members of our Rotary Club.

The highlight of the Rotarian year 2019-2020 was our second charitable concert on January 24th, 2020 in the Dom Kultury SWIT combined with a request for donations for “children at risk of exclusion”. With Grupa MoCarta, the famous Polish pantomime Ireneusz Krosny and as the opening act the group Beyond Relief (with “our” Sara Lobnig) we were able to spoil our German-Polish-speaking audience without words, just with music and gestures. We were supported among other things by ROTARACT CHOPIN and our partner club Berlin Mickiewicz. 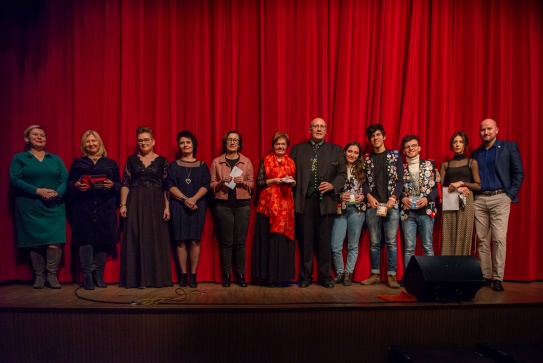 We collected donations amounting to almost 38,000 zł, which gave us the opportunity to get involved in our social aid projects. Due to COVID-19, we then rededicated more than half of the donations to help in the fight against the coronavirus.

Our district governor, Mrs. Małgorzata Wojtas, visited us on February 19, 2020 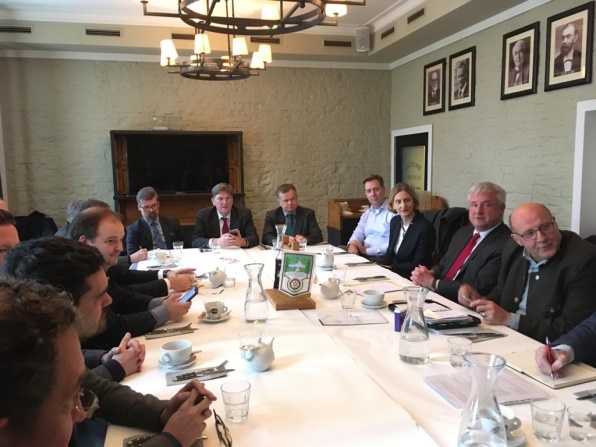 Then the corona virus caused restrictions to our club live. We also were not allowed to meet in person starting from 15.03. until the end of the Rotary year. But the club life went on. After a short time, we began to hold our meetings at the usual time in the form of video conferences with interesting lectures. We have tried in total four different systems by now. A nice side effect was that in this way we usually had more attendees at the meeting than before – including our members abroad.

For the first time we met again as a group on June 28th, 2020 in the German Polish Gardens for the  hand-over the office of the club president from Joachim Franke to Alexander Heinelt. In addition to the hand-over of the traditional club chain, a hand-signed soccer ball by Lukas Podolski from his “ARKA / Arche” project (a place to learn for disadvantaged children in the Praga district) was awarded as first prize for the auction at the next charitable concert. On this occasion we finally were also able to hand over a “Rotarian” bank to the Praga Süd district.

It  was a wonderful feeling to finally be able to exchange ideas again after such a long time at a reception in the DEDERICH Hotel, just across the lake.

We and the German-Polish gardens

The German-Polish gardens, for which we had taken on a symbolic partnership last year, have been a focus throughout the year. In addition to informing about them and advertising at various events (summer party, volunteer work, Warsaw City Run, DE PL Rotary Country Committee, etc.), we were also able to successfully collect donations from our Rotarian friends for a high swing and a bench. With donations from RC Mickiewicz, RC Mettmann, RC Zitadelle, ICC DEU-POL and friend Fried Nielsen as the “father” of the gardens, we are now very visible as supporters there. This project on Kamionek Lake in the Praga district is now well advanced and worth more than one visit.

Due to the COVID-19 requirements, we unfortunately had to cancel our planned environmental campaign in the German-Polish gardens.

In the spirit of Rotary, we recognized early on how important it is to get involved in the fight against the coronavirus. We quickly decided to reallocate a large part of our donations from the concert, which were originally intended for children at risk of exclusion to this cause.

Specifically in the fight against the coronavirus, we have been committed as follows:

All this is in the spirit of Rotary and we can really be proud of it!

Regardless of COVID-19, we were able to support some of our social projects. These included: 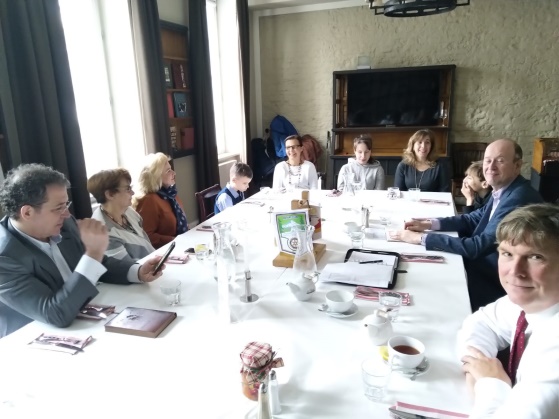 Sending of two visual disabled students from the Laski school for the blind to a Rotarian holiday program. On February 12th, the children reported about their summer camp in Lithuania.

Donation for a cultural program for children of the ARKA / Arche in Praga North, who otherwise would probably never have seen a theatre or a concert stage live.

In Szczecin we donated a prize for the Karl Löwe Singing Competition of the Szczecin Art Academy, which Past President Dariusz Bujniewicz presented at the festive closing ceremony.

In addition, we granted one scholarship each for students at VIADRINA (together with RC Berlin Mickiewicz) and TU Berlin (together with RC Mettmann) as well as Nigdy Wiecej’s work as a peacebuilding project in the fight against racism.

The membership development is also very positive. With four new members (Christian Braunschweig (returned), Mariusz Majkut, Göktürk Iplikcioglu and Lars Gutheil) we are on the right track. With 33 members, we are already the largest RC in Warsaw (at least in terms of paying members), even if we had some friends moving abroad. 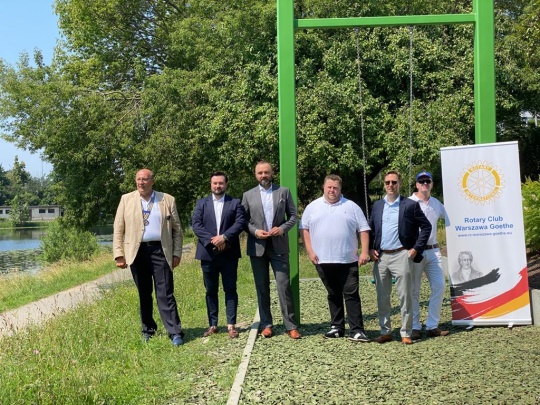 The cooperation with our partner club RC Mickiewicz from Berlin is alive and well. We have joint projects (scholarships, German-Polish gardens and soon a children’s home project near the border). In addition, RC Mickiewicz actively supported us at our concert. I regularly exchanged and met with the President Krzysztof Michniewicz there, as did a number of our members.

Thanks again to everyone who supported me so actively! 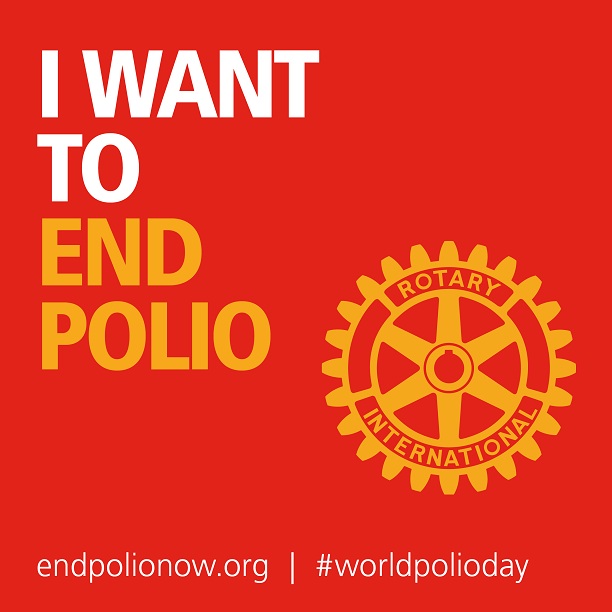